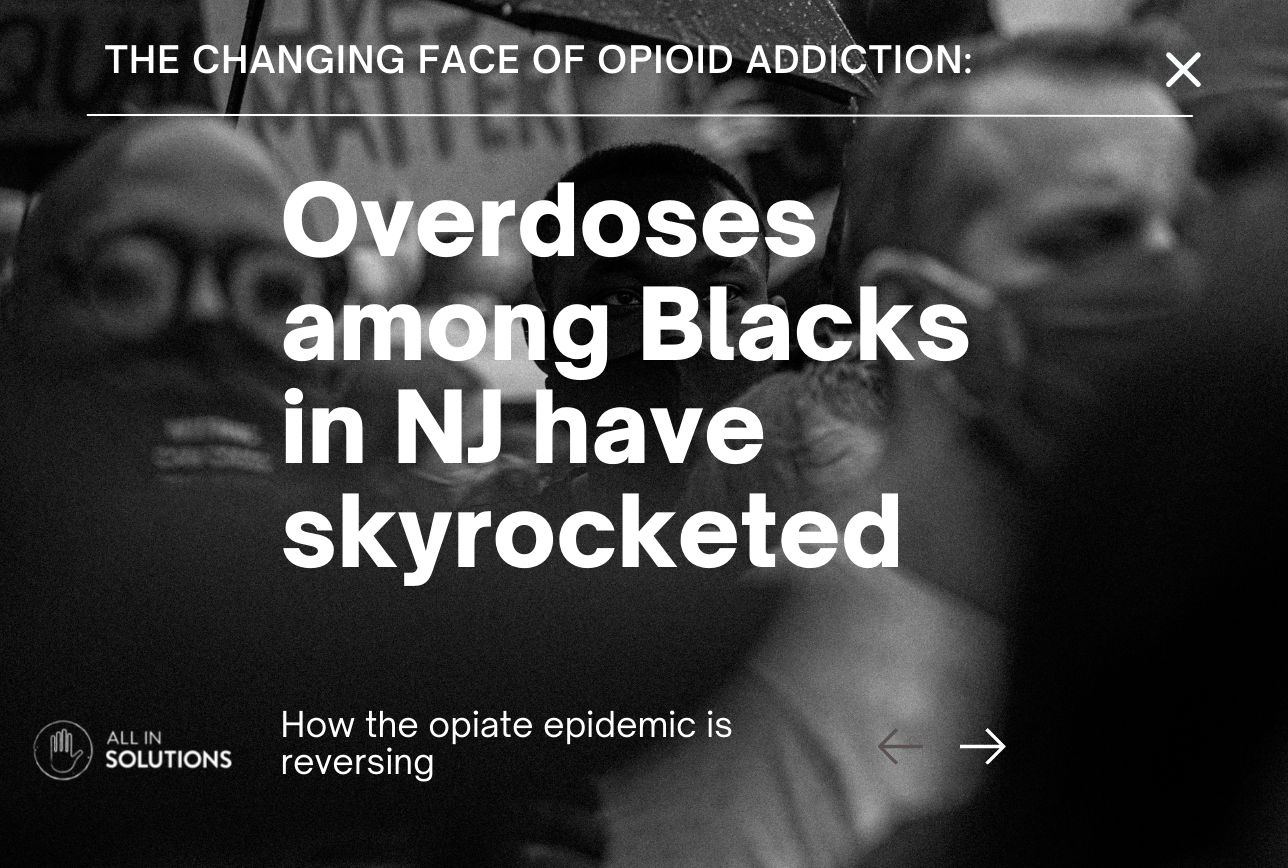 More than 3,000 individuals died in New Jersey from drug overdoses in 2021. Opioids were responsible for the bulk of these overdoses, and many of them were related to illegal fentanyl. New Jersey, like many other states in the US, has taken steps to combat the opioid crisis by boosting financing for addiction awareness, education, and harm reduction, as well as enhancing access to opioid addiction treatment. However, a worrisome new tendency has begun to emerge. The conventional face of the opioid crisis, which was overwhelmingly white for a long time, has altered, as Blacks are now more likely to die of overdose.

"We know racial inequities exist everywhere, and this is no different," NJ Governor Phil Murphy said at a recent opioid addiction event (which also revealed the state's Johnson & Johnson settlement). After many years of trend reversal, Blacks are again more likely than whites to die from a heroin overdose as of 2021.

Whites accounted for 76 percent of overdose deaths in 2015, only a few years ago. The demographics of the population haven't changed all that much in that period, but the impact of opioids on the Black community has. Hispanics now make up a higher percentage of overdose deaths, accounting for 15% of all deaths (a rise from 9 percent in 2015). 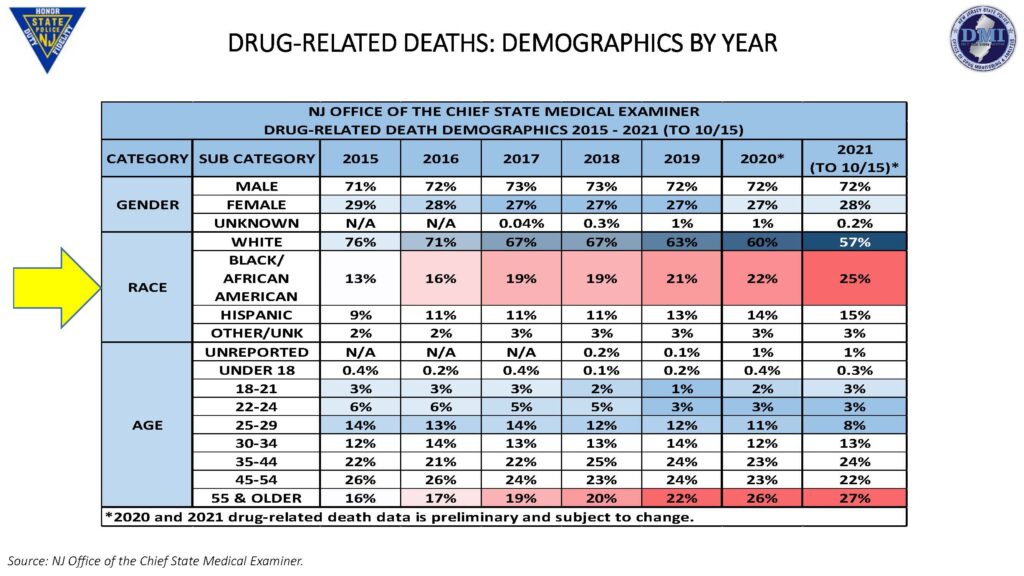 What is Causing the Spike in Overdoses in Black Communities?

According to many addiction specialists and community activists, there is no one explanation for the transition. Long-standing inequities in healthcare access, as well as the devastating rise of fentanyl, a powerful synthetic increasingly found in heroin and other illegal drugs like cocaine and counterfeit medications, are blamed for the shifts.

In addition, the COVID-19 pandemic has had a widespread but uneven impact. According to them, the coronavirus not only disproportionately afflicted persons of color, but it also contributed to an overall increase in drug use, spurred by isolation, economic insecurity, and increasing social concerns.

For years, New Jersey has been striving to repair its broken treatment system, improving access to naloxone, an overdose reversal medication, and promoting opioid maintenance medications like buprenorphine, which reduce cravings. In the aftermath of the coronavirus outbreak, New Jersey boosted its efforts and lifted limits on telemedicine. This made it easier for those who were addicted to contact with their counselors and doctors over the internet.

Dr. Kaitlan Baston of Cooper Center for Healing and Dr. Alexis Lapietra of St. Joseph's University Medical Center, however, believe that attempts to combat addiction have disregarded the Black community. They allege that black individuals continue to face greater barriers to treatment and access to proven-to-work medications such as buprenorphine.

Urban Blacks, for example, are typically assigned to methadone programs, which require users to go to a clinic every day to get their prescriptions. As a result, commuters and parents who do not have someone to watch their children may confront challenges.

Doctors, on the other hand, can prescribe buprenorphine during an office visit, allowing patients to get up to a month's worth of medication to go home.

Poverty, a lack of insurance, transportation, or safe housing are examples of other inequities that may play a role.

New Jersey Opioid Addiction Treatment at All In Solutions

The All In Solutions Counseling Center in Cherry Hill provides treatment for all types of drug abuse disorders, including opioid addiction. The New Jersey rehab is designed to help people of all ages, backgrounds, and walks of life discover recovery and mental health via tailored inpatient and outpatient programs, as well as medication-assisted treatment regimens. To learn more, contact or visit the Cherry Hill addiction treatment clinic now.